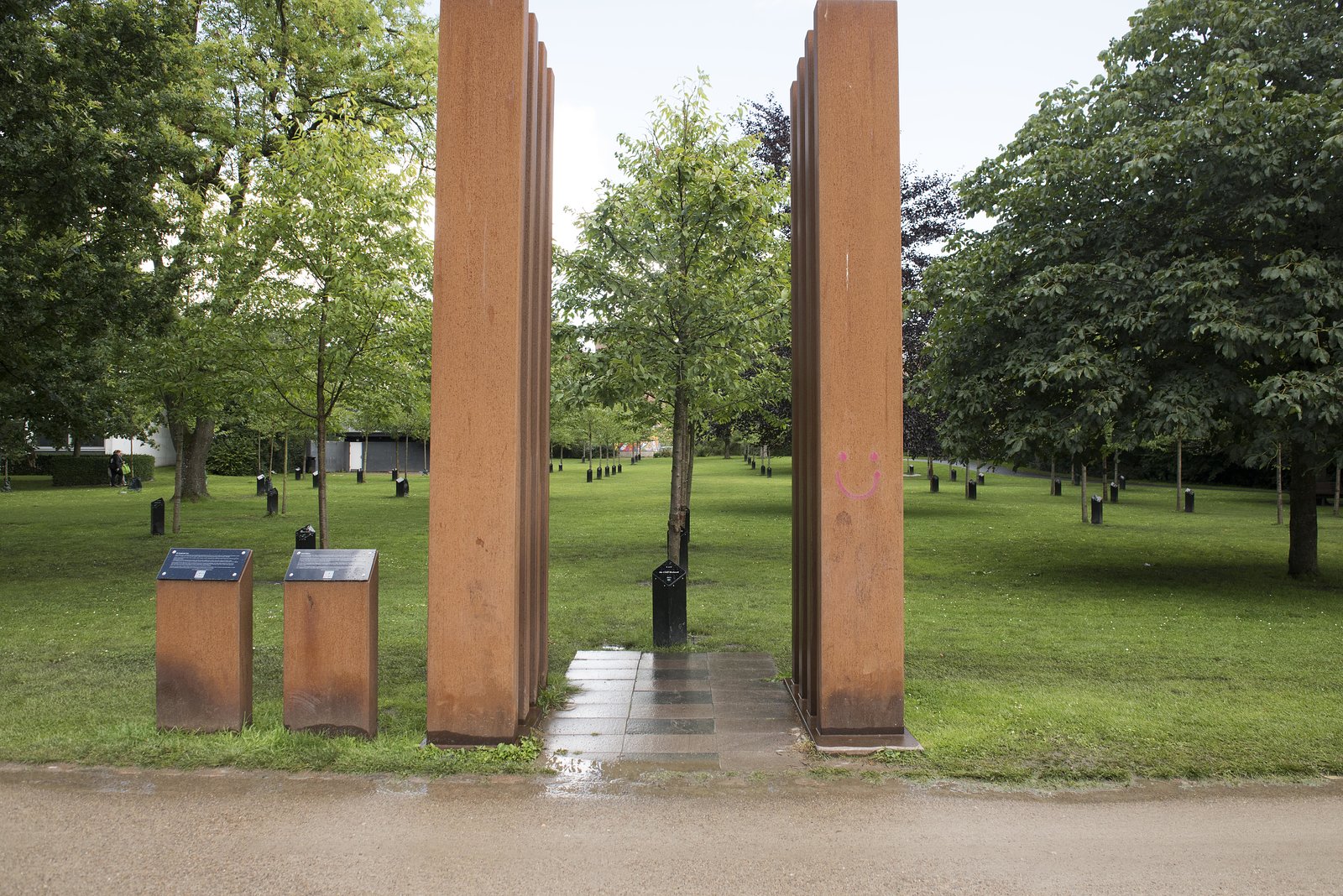 It all started in 1987 when Cliff Richard (who is still very popular here) planted a tree after his concert in Aalborg After that ten further musicians appearing in Aalborg planted trees in the grounds of the cultural centre. The original trees were replanted and up until 2014 musicians appearing here plant a tree and beneath it is a box with the gig date and name of the artist – you can press a button and a melody of their music plays. There are now 90 trees and music boxes from an incredibly diverse group of musicians. I was fascinated by this place, the diverse artists who have appeared there over the last 30 years all celebrated in this park where you can play their hits out load for free. I was surprised how there was no evidence of vandalism. I was also amazed that whilst I was there Cliff Richard was actually on the bill of a three day music festival in the city – I say on the bill, he was in fact top of the bill.