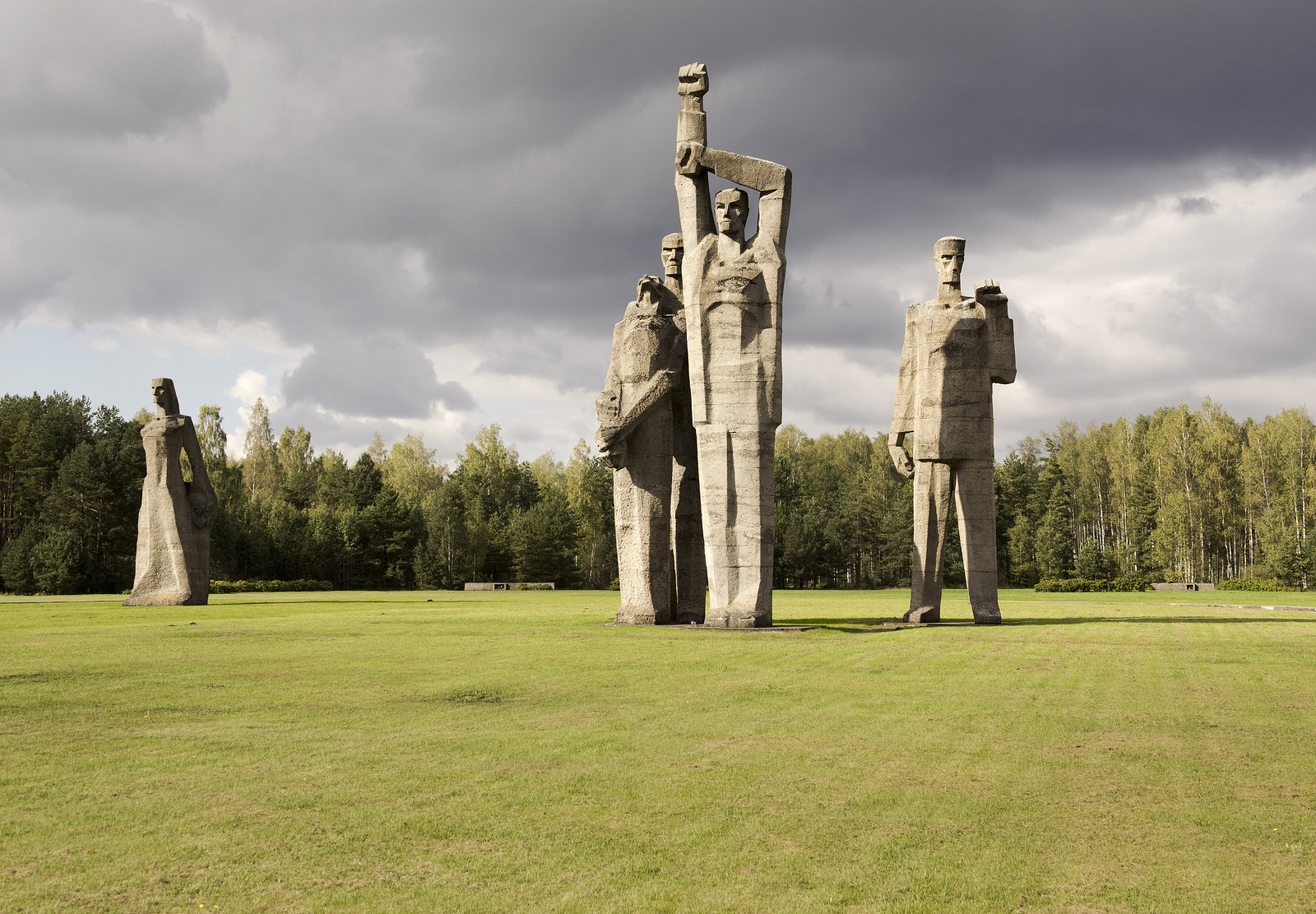 In 1967, one of Europe’s largest monument complexes commemorating victims of Nazism was opened.
The memorial creates a symbol of the border between life and death with a 100 metre-long concrete wall and seven concrete sculptures:
Mother;
The Unbroken;
The Infamous;
Protest;
Red Front;
Solidarity.
The Salaspils Memorial Ensemble is part of Latvia’s cultural canon.
In 2008, the German POW cemetery was opened on the memorial grounds.
The memorial grounds are situated in a forest on the outskirts of Riga district. A metronome ticking inside a 6 metre long black marble block represents an everlasting heartbeat. I was the only person in this vast memorial area and as the storm clouds gathered the inescapable boom of the beating heart echoing in this large forest clearing made the experience somewhat daunting.